I recently wrote about what ancient Greeks and Romans used to eat. But how about earlier people? If your fantasy takes place in a neolithic or even paleolithic setting, then you can spice it up (pun intended) with these early wheat recipes, courtesy of Alice Twain of Quora.

Obviously, hunter-gatherers didn’t particularly enjoy eating raw wheat. So, what they did was gather the seeds of wild grains, which were much smaller and less rich in starches than the modern-day grains. Once you have gathered them, you can use them in a variety of ways. You will still need to remove the husks, but once you get the naked kernels you can just add them to soups, stews, and other dishes. 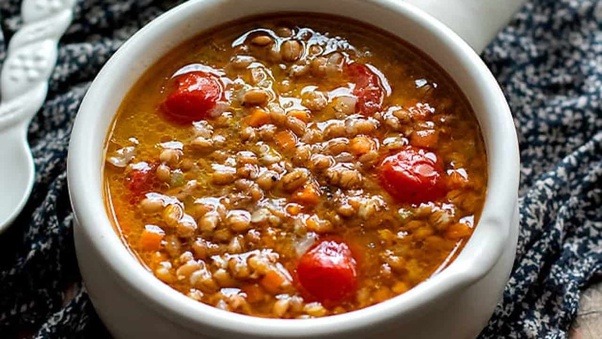 Modern-day spelt soup: the whole spelt kernel is just added to the soup and boiled until done. Image: Quora

An extra process would be to simply crack the grains in a pestle and mortar to make them into porridge or bulghur-style dishes: 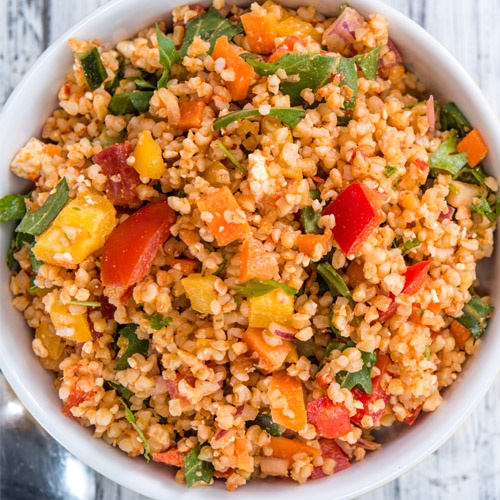 Another option was a Kasha-like dish. Kasha is a Russian kind of buckwheat porridge. It can be made with an infinity of different recipes, sweet and savory, from very simple like the image below, or elaborate, cooked with meat and vegetables: 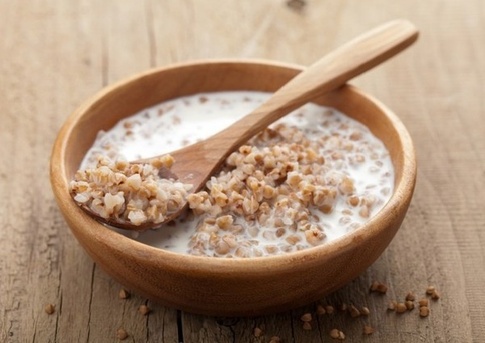 If you could pound it or grind it into a fine enough flour, you could also turn your wild grains into a dough or a batter that you may cook onto heated stones into flatbreads. Since you only ground as much as you needed for one meal it wasn’t a huge task. A classic example is Injera; a flatbread from eastern Africa made with teff flour: 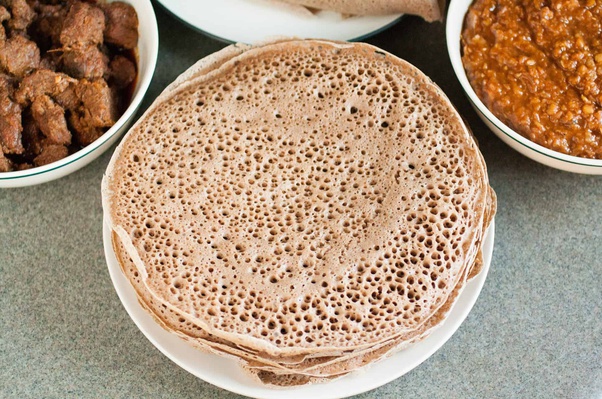 As to why hunter-gatherers would go to the trouble of picking wild wheat and removing the husks – a process that can be time-consuming – the answer is simple. While collecting grains and preparing them required a lot of work prior to agriculture, hunting required far more work and had a far more uncertain outcome. A gram of starches gives you some 4 calories. A gram of meat gives you the same 4 calories. But meat has a nasty tendency to run away or even fight back, while wild cereals just stay right there, waiting to be picked!

Early Wheat Recipes
Powered By the Tweet This Plugin