I came across some great answers by Jon Bourgetti, Patrick Ashby, Alexander Taylor, and Steve Blanchard on Quora on the subject of assaults on Medieval castles. Whether you write fantasy, historical fiction, or just love history as much as I do, I think you will enjoy learning more about castles and how they could be brought down.

Medieval castles were indescribably dominating. One historical report describes, literally, a handful of defenders on the walls using just six oaken crossbows to slaughter an attacking force who eventually took the castle by escalade (ladders). The odds were definitely in the castle’s defenders’ favor.

They could do this because castles are mighty force multipliers. 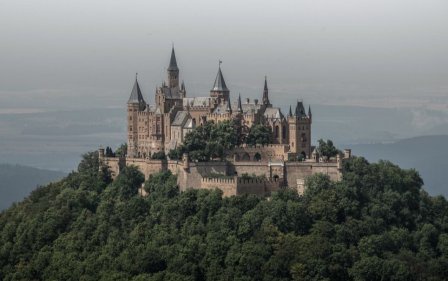 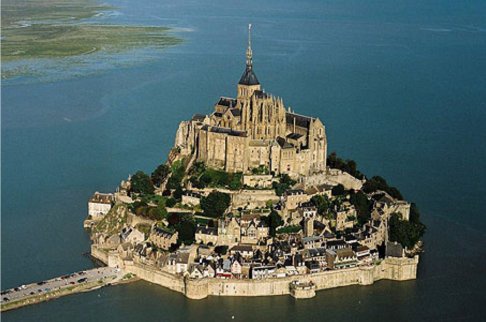 The one at the top of the mountain is going to be a nightmare for siege engines to hit. Sitting 855 meters or 2800 feet above sea level, attackers would need their siege weapons to be in range, both horizontal and vertical, since they have to shoot upward.

Not that Mont Saint Michel is an easy nut to crack. It’s surrounded by water, so you need a navy. Not rowboats, as the defenders would have a fun day of target practice. And, of course, siege weapons are going to have just hard a time getting in range.

Having troops assault the castle is going to be ugly too. If you had a castle on the Atlantic Ocean, you could have light troops harassing the enemy on shore, at night. Burn siege engines and food. Wreck the camp. Keep the attacking troops from getting enough sleep.

By having troops like Ghurkas or ninjas or Apache, you would keep the enemy awake and afraid in the middle of the night. Or find their troops murdered in their sleep. You would attack supply trains and the peasants cutting down trees. Encourage hornets nests where the camp will be built. Encourage fire ant mounds. Make camp life miserable.

That’s why most armies preferred to surround the castle with their own wall and lay siege to it instead of storming it. All they had to do is wait for the defenders to run out of provisions and surrender.

A siege was no picnic, though. Even if the defenders lacked the troops to disrupt enemy operations, they also had help from one of the most dreaded defenders of Medieval castles: Shigella. Shigella is a kind of bacteria that causes dysentery, or “bloody flux.” While not necessarily deadly, it was seriously debilitating and lay waste to many a proud army. At Harfleur, it required 10,000 men to capture four castles held by a few hundred men each. Dysentery clobbered them.

Assuming your troops were healthy and that defenders lacked the troops to harass you, the standard procedure to take a castle involved digging “saps”: zig-zag trenches (often covered) to get close to a castle wall.

The roofing for the sappers was made in the same way as a siege tower, away from the range of fire of the defenders. It would then be pushed into place on wheels or lifted into place by the sappers on the inside of the structure.

These constructions were made strong enough to resist most rocks being dropped on them and the roof and sides would be often be covered in soaked hides to prevent burning or heated oil reaching the sappers. 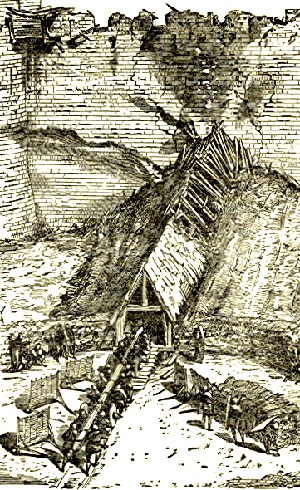 Once they were under the wall, medieval sappers could try two things to collapse the wall: 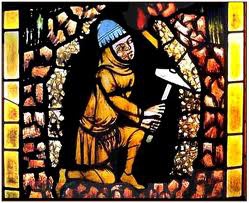 If the petard worked, it would blow a hole in the castle wall or create a breach. If not… well, have you heard of the expression “hoisted by your own petard”? It means that the petard charge went off while you were still standing on it and tossed you into the air… usually in more than one piece. Medieval fuses apparently weren’t very good.

A different kind of strategy required cunning. Some of the most well-loved legends of the medieval ages are the stories of castles taken by subterfuge by small groups of men.

During the siege of Château Galliard in 1204, the attackers shoved a small squire up the latrine chute. While disgusting, it worked. The man made it to the top and at night was able to open the gates.

Sometimes it was an insider who would leave a door unbolted. According to tradition, in 1453, mighty Constantinople (modern-day Istanbul) fell when someone on the inside left Kerkoporta – a side gate – open.

In March 1401, Rhys ap Tudur and his brother Gwilym, cousins of Owain Glyndŵr, undertook a surprise attack on Conwy Castle. Pretending to be carpenters repairing the castle, the two gained entry, killed the two watchmen on duty, and took control of the fortress.

And, of course, you’ve heard of the Trojan Horse, right? Thus proving once and for all that, a man’s greatest weapon is his cunning.

I hope the above gave you enough ideas for your next book. Happy writing!

Medieval Castle Assaults
Powered By the Tweet This Plugin