What Happened to Latin After the Fall of Rome?

Readers of this blog will be aware of my fascination with all things linguistic. So, I just had to share Susanna Viljanen’s and Dan Toler’s answers on Quora on what happened to Latin once Rome was no more.

It may surprise many to realize that Latin is alive and well over fifteen centuries later. Latin never disappeared. It simply evolved. But it evolved differently in different places, and that’s how we ended up with the diverse set of modern Romance languages.

What Happened to Latin After the Fall of Rome (476 AD)?

After the Western Empire’s collapse, Latin continued to exist just as ever. People from Lusitania to Dacia continued to speak Vulgar Latin as their everyday language and to write Classical Latin in their letters.

But languages are living things. While many modern people think of Latin as a single, standard language, that wasn’t the case. Ecclesiastical Latin, the official language of the Roman Catholic Church, hasn’t changed in centuries. While this version of Latin is useful for the Catholic Church (a scholar can read Church documents from the 8th century and the 18th century with equal ease), it’s really a “snapshot” of the Latin tongue as it was spoken during the Augustan era (27 BC-14 AD), with particular rules of pronunciation that may or may not be historically accurate.

Polybius, a Roman historian from the 2nd century BC, wrote about a treaty between Rome and Carthage from the mid-5th-century BC and said that it could only partially be understood even by educated men. This tells us that even Old Latin evolved significantly over time, as all languages do. 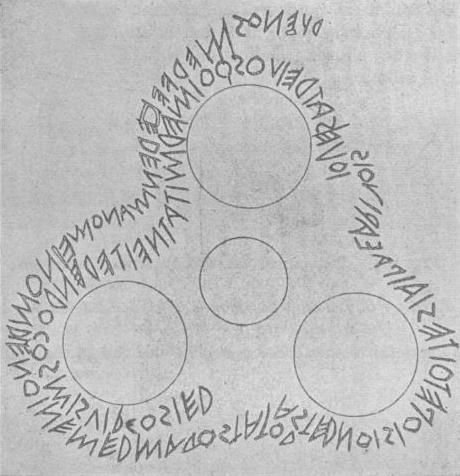 The Duenos Inscription, Old Latin, c. 7th century BC, looks nothing like the Latin you studied in school. Source: Quora

From 75 BC to the 3rd century AD, Classical Latin was the norm, at least in written works. This eventually evolved into Medieval Latin from the 600s to 1000s AD. While Medieval Latin was still spoken by European elites, common people spoke their own local dialects. It was important for elites to be able to talk to other elites from other regions, but the local dialects were becoming increasingly diverse. As a result, they also became less and less intelligible to people outside those local regions.

By the 5th century AD, Vulgar Latin was already divided into several dialects and forms. As the Western Empire fell and the cultural sphere fragmented, the various dialects began to evolve in different directions.

The first to break off was the Island Romance, which later evolved into Sardinian and Corsican. It broke off in the late 5th century, and it is the most conservative and traditional of all forms of Romance languages. Indeed, Sardinian is much closer to Latin than to Italian.

The various Barbarian kingdoms quickly adopted Latin as their language and absorbed the Roman civilization. However, their spoken Latin merged with the various Germanic languages spoken by the Barbarians. It is likely Visigoth princess Brünhilde had no language problems in the court of Frankish king Sigebert, but the Gothic and Frankish languages left different substrata in the Latin spoken in Frankish Francogallia and that spoken in Visigoth Hispania, with the language forms evolving in different directions.

The process was slow but real. Nobody had any idea of it; they thought they spoke Latin, just as ever. But it had been 800 years since Latin was first codified into a written language, and the written High Latin and spoken Vulgar Latin had separated quite effectively. Already in 753, the Papal legates complained they had difficulties understanding the envoys of the Frankish king Pepin the Short.

By 842 and Oath of Verdun, we may already begin to speak of lingua Latina (High Latin) and lingua Romana (Vulgar Latin) as separate languages. This is the first instance where we have a document written both in High Latin and the rustic language (proto-langue-de-oil).

By 900, we may already begin to speak of Proto-Romance languages, and not just dialects. The Western Romance had broken into four forms – langue d’oil, langue d’oc, Ibero-Romance and Rhaeto-Romance, and Eastern Romance into Italic Romance and Dacian Romance.

In the 1000s AD, we reach an important linguistic crossroads, where elites begin speaking their own local tongues and Latin itself is relegated to the scholarly realm, which we now refer to as Renaissance Latin. This, in turn, morphed into so-called Contemporary Latin (an odd term, since no-one writes scholarly papers in Latin anymore). And that’s more or less where Latin stands today.

This process went on century after century, and the Romance languages – as we know them today – were formed by the 15th century.

In the late Roman Empire, the opposite happened. To understand why, you need to understand the importance of the Roman empire. Roman roads are still visible in European landscapes today, and many modern roads actually follow the track laid by original Roman roads. The Roman Empire created a sense of unity that had never appeared before and would never appear again until modern times. You could be a citizen of the empire from Britannia to Syria – and this lasted for centuries. Roman law, in many areas, was the first-ever written law to appear. And global trade flourished.

Once Rome fell, trade ground to a halt. Globalization faltered. As a result, local people stopped talking to people from other regions. One region would use a soft “g”, as in Italian, while others would primarily use a hard “g”, as in French.

Classical Latin always had local variations, collectively called Vulgar Latin. Compare this to modern English, where a Southerner might say “y’all”, but you would never see “y’all” in a textbook or news report. As a result, most of our Vulgar Latin records are limited to graffiti or the odd letter written from one local to another. What is undeniably clear is that during the late Roman Empire, as communications and trade broke down, Vulgar Latin became more and more balkanized.

To illustrate the point of how languages evolve, let’s look at an Old English quote:

If you can understand that, congratulations. You are probably a time-traveling medieval Saxon. For everyone else, that’s “and forgive us our debts, as we forgive our debtors”, a well-known line from the Lord’s Prayer.

Now imagine that English had evolved separately in a dozen different, mostly isolated countries. How different would that modern English line look in each of those countries? Would we even be able to understand each other? Especially with the way English has borrowed from dozens of languages?

And here’s a tantalizing idea for the science fiction writers out there: once again, we live in a global world. The Internet is bringing us closer together than humanity has ever been. Might it be possible that the various Romance languages begin actually to approach each other nowadays than separate?

Since communication and interaction within the speakers of the Romance languages – Latinosphere – is more frequent than ever, and all Romance languages are still today mutually understandable to a certain extent – it is possible a common pidgin may one day form.

It will have the same status as Vulgar Latin once had!

What Happened to Latin After the Fall of Rome?
Powered By the Tweet This Plugin