Legends of Windemere: Curse of the Dark Wind is Live

You may have noticed one of my author friends, Charles E. Yallowitz, from his comments on my blog. He’s a great writer, and an all-around awesome fellow. Today, he is here to tell us about the launch of his latest book, Curse of the Dark Wind. The book is the seventh in his epic fantasy series, Legends of Windemere.

Dive into the newest adventure of Luke Callindor, Nyx, Fizzle, & all their friends.
Legends of Windemere: Curse of the Dark Wind is Live! 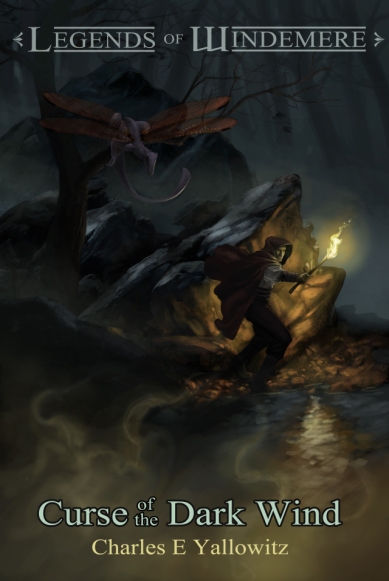 After their battles in Gaia and surviving the Island of Pallice, the champions of Windemere are off on their next adventure.

In his quest to be a hero and help others, Luke Callindor has jumped into danger countless times and would do so again without hesitation. So when he is infected by the toxic Dark Wind, it is up to his friends to find a cure and keep his courage alive. With time running out and their enemies in the shadows, one ally will make the decision to share in Luke’s suffering and forge a bond that runs thicker than blood. Such a sacrifice might not be enough when the truth behind this living curse comes to light.

Will Luke find the strength to defeat the Dark Wind? What ghosts from his past will appear during his weakest hour?

You can find this epic fantasy adventure on:

New to Windemere? Then check it Volumes 1-5 of this exciting series by CLICKING ON THEIR COVERS!

AN EXTRA TREAT!
Check out an interview with Charles E. Yallowitz on N.N. Light’s Blog: Princess of the Light!

Just who is this Charles E. Yallowitz Fellow?

Charles E. Yallowitz was born, raised, and educated in New York. Then he spent a few years in Florida, realized his fear of alligators, and moved back to the Empire State.

When he isn’t working hard on his epic fantasy stories, Charles can be found cooking or going on whatever adventure his son has planned for the day.

‘Legends of Windemere’ is his first series, but it certainly won’t be his last.